Every day during the festival, 3–16th May, the Finding Sanctuary series presents conversations with women monastics about Therīgāthā poems, as well as interviews and a live panel discussion.

A new video is uploaded every day of the festival. Make sure you don’t miss an episode by subscribing and enabling notifications on the Dhammanet youtube channel.

Join us for the finale of the series, an online panel discussion featuring all the guest speakers from Finding Sanctuary. This is your chance to ask questions about the poems and themes covered in the series.

This event is now full. You can still tune in live to the discussion by viewing on Dhammanet’s YouTube channel using the link below. 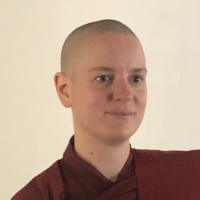 Ayya Vimalanyani is a German bhikkhuni currently living in a small hermitage in the Sri Lankan forest. She has a special interest in early Buddhist texts and the lifestyle of nuns at the time of the Buddha. For her research, she translates sutras and texts on monastic discipline from ancient Chinese into English. She’s also an artist and publishes Dhamma Doodles under the pseudonym Ven. Yodha. 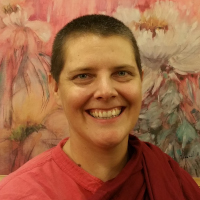 Ayya Yeshe is the Abbess of Bodhicitta Dakini Monastery, a non sectarian, female-led Buddhist Monastery in Tasmania, Australia. She is also the director of Bodhicitta Foundation, a socially engaged Buddhist charity empowering “ex-untouchable” Buddhists in India. Ayya Yeshe is a teacher, a contemplative and a feminist. She has been published by Harper Collins and her sacred chants have 90k hits on YouTube.

Munissara Bhikkhuni is a Thai national born and raised mainly in the Philippines. She received a BA in History from Harvard University and an MA in Southeast Asian Studies from Chulalongkorn University. She took samaneri ordination in 2009 at Nirodharam Bhikkhuni Arama in Chiang Mai, Thailand and her bhikkhuni ordination in 2012 at Dhammasara Monastery in Perth, Australia, where she currently resides. 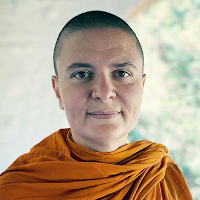 Ayya Soma is an Italian Buddhist monk and co-abbot of Empty Cloud Monastery in New Jersey. As the co-founder of Buddhist Insights, a non-profit organization connecting people with monastics, she has learned the Dharma through the perspective of monks of all different traditions, and incorporates aspects from all of them in her own practice. Her spiritual path is inspired by the social engagement of Venerable Paññāvati Bhikkhuni, by the knowledge and wisdom of Ven. Robina Courtin, and by the compassion of Khenmo Drolma. 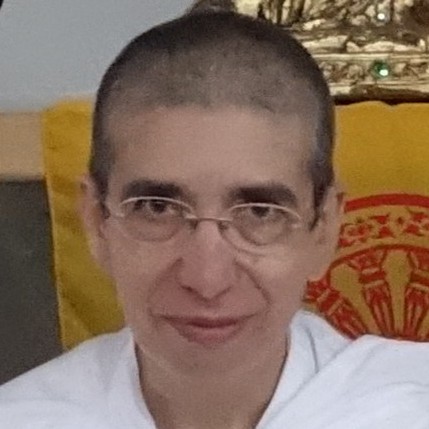 Anagarika Sabbamitta first encountered Buddhism in her twenties with Tibetan teachers and later became interested in Early Buddhism after discovering the suttas. After extensive stays in monasteries of the forest tradition, she took Anagarika precepts in 2017. Currently she is working on German translations of the texts of the Pali Canon, and is a main contributor to SuttaCentral Voice, a text-to-speech app for reading suttas.

Bhikkhuni Sudhamma, previously an attorney, received novice ordination from Bhante Gunaratana at Bhavana Society in 1999, and higher ordination from Bhikkhuni Sangha in Sri Lanka in 2003. She led the Greenville SC Vihara for 8 years; in 2013, Ayya Sudhamma established Charlotte Buddhist Vihara in her hometown, Charlotte, NC.